BankWork$ Alum Ranked 1st in the Region for Sales 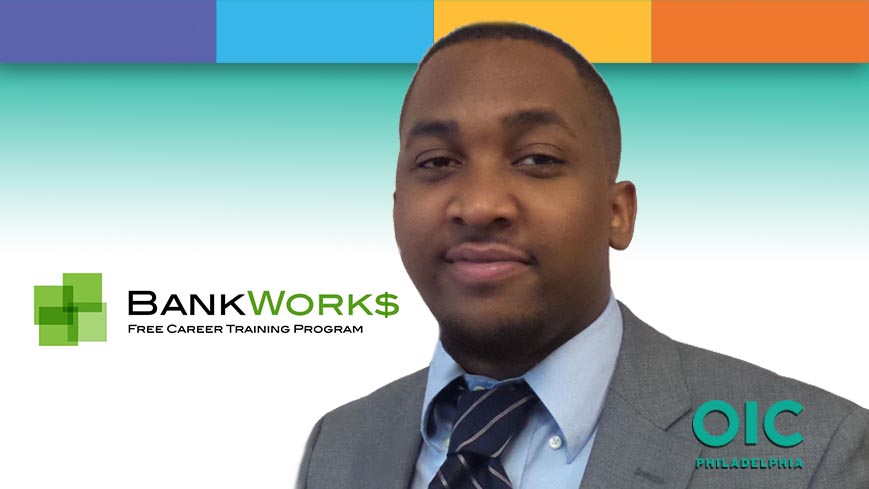 Before Alex Robinson enrolled in the BankWork$ program at Philadelphia OIC, he worked two jobs, one as a cook in a hospital and the other supervising food safety at a sporting arena. The two jobs did not bring in enough money for a comfortable life, especially as the supervisor position was seasonal. With a hunger to do more, and a longstanding curiosity about finance, Alex decided to pursue a career in banking.

Philadelphia OIC’s BankWork$ program provides free training in entry-level banking jobs to residents from all walks of life. Originally focused on training for teller positions, it now includes customer service representative and personal banking positions, which are always in high demand in the industry. Since the program’s inception in 2006, it has helped more 3,400 graduates secure banking positions across eight cities.

Over the course of eight weeks, Alex learned the finer details of customer service, money handling, and the laws and regulations of banking. Most valuable for him, however, was the help with resumé writing and knowing how to “sell himself.” Public speaking had made him nervous in the past, so the opportunity to challenge himself by speaking to the class and honing his interview approach was an immensely welcome one.

Shortly after graduating, Alex landed a teller position at Citizens Bank. Then he was promoted to a banker position. Not only that — he is ranked 1st in the region for sales. “This first year has been going fast and well,” he says. Alex’s talent and experience went a long way in getting him there, but he says OIC’s BankWork$ program gave him the confidence and job-readiness needed to seal the deal.

As for the future, Alex sees himself in a management position somewhere down the line. But for now he is taking it slow, relishing the stability afforded him by his new career.